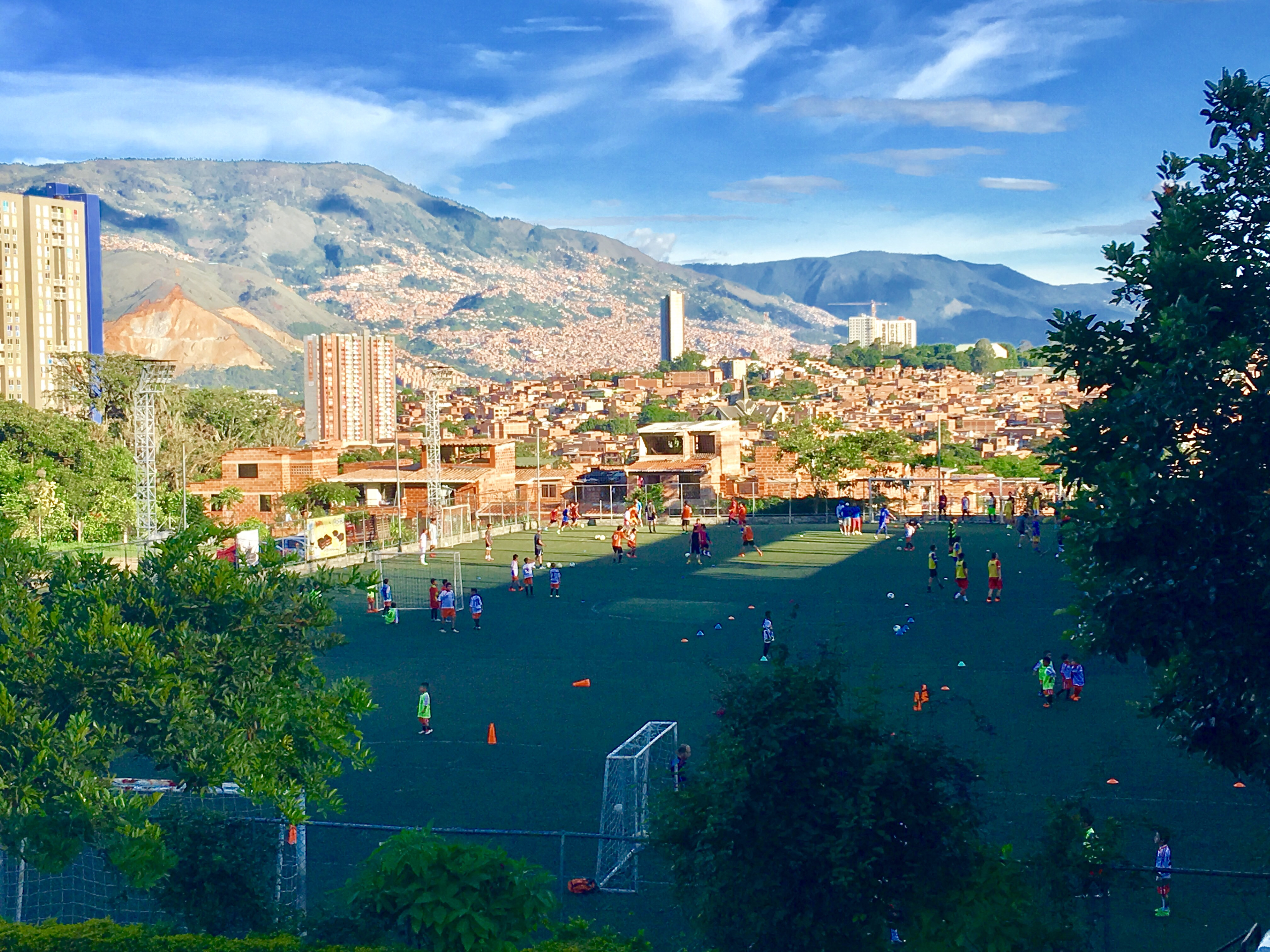 The Christian Union Sports Club (CUSC), established in 1991 initially as an outreach to young men involved in the Medellin Drug Cartel, is now a ministry which touches the lives of children and youth in 18 neighborhoods of the city, with over 3,000 participants in a weekly structured soccer program that involves personal evangelism and discipleship.

The CUSC has a staff of 33 coaches, and a sports center with three soccer fields (bermuda and synthetic grass), a stadium for 2,000 spectators, dressing rooms, offices, housing and a cafeteria for 66 persons.

The Colombian-Dutch Soccer League, founded and directed by the CUSC, involves 120 soccer teams in 10 age categories in a city-wide league that runs the whole year.

Trip Description:  Partnering with COSDECOL’s long-term strategy in Medellin, the team will be using soccer as a bridge to build relationships and encourage their ministry.  The itinerary will include opportunities for the team to train and compete as well as teach.